NKISI is the alias of Melika Ngombe Kolongo, an artist raised in Belgium and now living in London. This year she will be unleashing her new performance, The Dark Orchestra as part of the Listening to the Dark live event Friday, 22 September at Peak Cavern.

NKISI is a Producer, DJ and Co-founder of NON WORLDWIDE, a collective of African Artists and Artists of the Diaspora, using sound as their primary media, to articulate the visible and invisible structures that create binaries in society, and in turn distribute power. She’s a regular at the Endless club night, playing an exciting mix of fast-paced music that draws from many influences (from central and west African club tracks to gabber and doomcore).

Fresh from her recent curatorial debut Opaque Poetics at Wysing Arts and Music Festival we asked NKISI to share her sketchbook of references, inspirations, and research that has gone into the development of The Dark Orchestra. Enjoy.

1. Kongo Cosmology – the ancient knowledge of wave energy and how messages get communicated.

For this project, I really wanted to dive into some of the ancient Kongo Bantu Cosmology teachings about radiations, wave energy and communication. In Bantu Cosmology the universe and life is a continuous process of transformation (as seen in the Kongo Cosmogram)…

To communicate is to receive and to emit waves and radiations. As people in our communities, we live and move in an ocean of waves and radiations. This is how we perceive and receive important messages. We hear before seeing, as it is the sound-and voiceless waves that transport all the images and concepts around us. Feeling is understanding and feeling is experiencing that wave energy. Dreams are voiceless communications; they are at the same time means and message. This message can be audible pictorial and/or scenic. It has an origin, a channel, with or without an addressed receptor. Before becoming a dream, the communication was a wireless communication coming from a source… 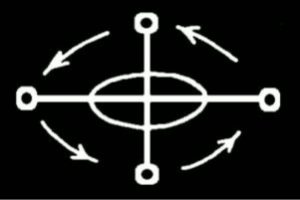 We can learn a lot through the dream state, about people and their health, about societies and their organisations, about science, the past, the present and the future of humanity and the world. It is the waves/radiations that shake/wave societies, nations and communities.

From this ancient knowledge we can learn how to emit radiations for the greater good of the community. We could learn how to activate our electronic radiated shadow, our sensibilities and how to use them… 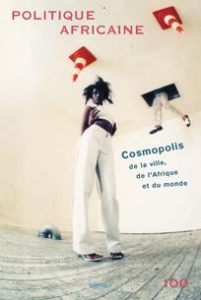 “Contemporary Congolese music seeks to establish a precarious balance between noise, sound and scream. The music is produced in an environment itself strongly shaped by the omnipresence of noise. “Kinshasa is a town full of noises and full of smells”, comments an observer. “Everywhere music is in the air, a baby crying, the sound of car horns or portable radios singing.” Smells too are noisome. “There is always the scent of food emanating from cookingpots or from a nganda, the smell of a car’s exhaust pipe or a sewage pipe, or the smell of urine against a wall or a tree bearing a ‘Do not urinate’ sign.”

Ideas of rhythmic archetypes were influenced by several studies of music traditions in the African Diaspora, which have noted common rhythmic combinations used in both composition and improvisation in an ensemble or an orchestra. I am interested in the relationship between archetypal rhythms and spontaneous rhythms, and how those rhythms interact with our core & influence how we feel…Following the ancient knowledge, we could figure out how we can use those archetypal rhythms for de-knotting neural pathways through the use of the rhythm of the collective unconscious and how to create a resonant field that uplifts tension and de-knots emotional states and conditions of the psyche.

how does it feel?